Android 25 was one of the androids awakened by Aliaster and Dr.Zamin.

When he was Human, his real name was Saban. He was captured by Aliaster when he was dating Hyper Android D(Alexis in human life). He was then regenerated into an ultimate android after the molecule rearrangement. Aliaster then made up his mind of turning Alexis into Hyper Android D (Ingram Android 4 in the 4Kids dub!) Finally, that was the end of his human life.

Android 25 was 23 when he was awakened and still had memory of the day he was captured. Once he awakened, he quickly kills Aliaster and Dr.Zamin and escapes with the awakened Hyper Android D then runs away! Mr. Popo informs Goku that 2 androids will be coming for him but was mistakened. Android 25 and Hyper Android D asks Goku if they can be one of the Z fighters. Goku says yes then Trunks tells the Z warriors that 25 is good hearted and so is Android D so thay can join.

Saban and Alexis were turned back into humans thanks to the Black Star Dragon Balls. Saban asks Alexis to marry him and Alexis says yes. Finally, in 2 years., They both have a son named Nathan. 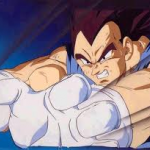 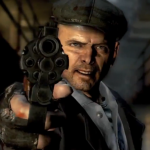 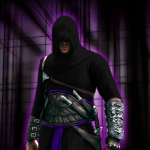