Yardrats (also called Yardratians) are a race from Planet Yardrat. They are a physically weak race, but possess the ability to manipulate space and time, and teach Goku the Instant Transmission technique.

The race is first encountered by Goku after the defeat of Frieza on Namek. The Yardrats are mentioned in the Dragon Ball manga, and they are seen in a flashback in Dragon Ball Z, as well as in video games.

Yardrats appear to be pink or blue or green, with large heads. They are said by Goku to have appetites that could rival Saiyans, more specifically his own.[1]

Despite themselves being different to each other, most Yardrats wear the same clothing. Goku is given a Yardrat outfit, and he is wearing it when he returns to Earth after his battle with Frieza.

Goku arrives in one of the Ginyu Force's abandoned space pods that had already been pre-programmed to travel to Planet Yardrat. This implies that the Yardrats may have been intended as the Ginyu Force's next target before Frieza called them over to Namek and had they not been defeated on Namek. Goku spends a year with the Yardrat, and learns the Instant Transmission technique from them before returning to Earth.

A Yardrat named Soba makes an appearance in the video game Dragon Ball Z: Sagas; he is the only named Yardrat to date. He confronts Goku before the latter leaves the planet and returns to Earth in order to test his abilities.

In Dragon Ball Online, after the destruction of Planet Yardrat in Age 800s and remains falling as asteroids on Earth, the Yardrats establish their first city on Earth in Age 853 and are put in charge of developing Time Machines in Age 900.

The Yardrats are mentioned by Olibu in Dragon Ball Z: Buu's Fury, when Goku uses his Instant Transmission technique to pass the wall made of Katchin inside the Cave of the Ancients. Olibu says that he once met a Yardrat who used that technique.

In Dragon Ball Online, the Yardrat are featured as a mode of transportation. They have stands all over the world and teleport people to others, provided the player has visited them previously. The green Yardrat offer a bank storage service, and are usually located near the teleporters. 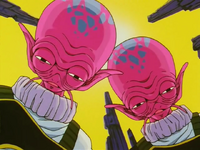 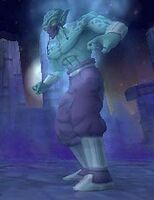